In The Republic, Plato set forth the Allegory of the Cave, a thought experiment on the truth of reality and man’s ability to perceive this truth. The condition of man, he claims, could be likened to a group of people chained to the wall of a cave so that they can only face inwards towards the black depths. What they see everyday are not the trees, animals or sky outside the entrance, but rather, solely the shadows cast upon the walls. If those chained people spent their entire lives in this state, never knowing the reality that exists beyond the cave entrance, then all they would know is the shadows. 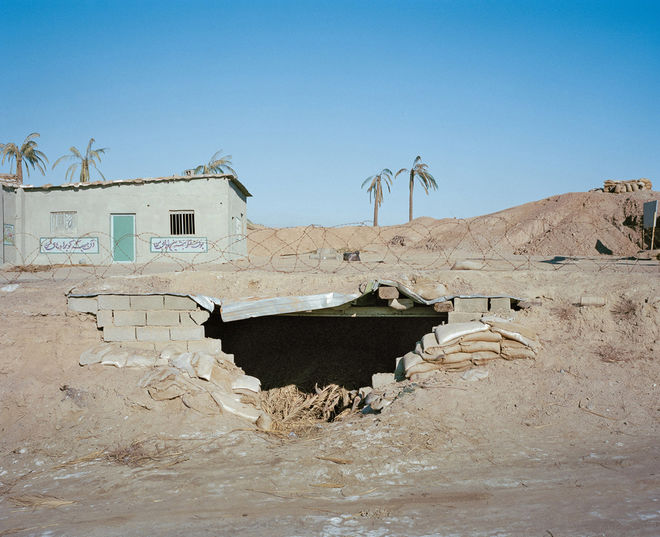 Plato used this allegory to attack artists, criticising them for copying the shadows on the wall rather than the truth outside the cave. Art was to Plato a copy of an already degraded truth, causing him to exclude them from his idyllic Republic.

In the modern world of vast imagery and information, the confusion of reality and truth has grown to be an even greater problem. Photography itself has become a battleground between truth and simulated realities. Since its invention in 1839, photography has been used to create part-truths and fictions that capitalize on our trust in the medium’s ability to represent the world seemingly as it is. Today, photographic series still manipulate history and reality, but certainty about those ideals themselves has been degraded. The speed of science and spread of information has transformed our understanding of the world and how it operates into a malleable material, constantly sculpted into new truths.

Wawrzyniec Kolbusz’s series Scared Defence plays with the malleability of history in order to construct new stories. Kolbusz culls images from the constructed reality of museums and movie sets and combines them with reportage of war stripped from their original context. The factual certainty of the latter infects the uncertainties of the former to turn them to a new cause, in Kolbusz’s case the historical documentation of a war that never occurred. Yet these images are all still essentially factual documents of reality, facts which when placed in series corrupt the integrity of each other. Only one of the images has been digitally altered but it is placed directly next to its unaltered version, doubling the uncertainty: Kolbusz can lie, show us it is a lie and the image still becomes part of this new truth. 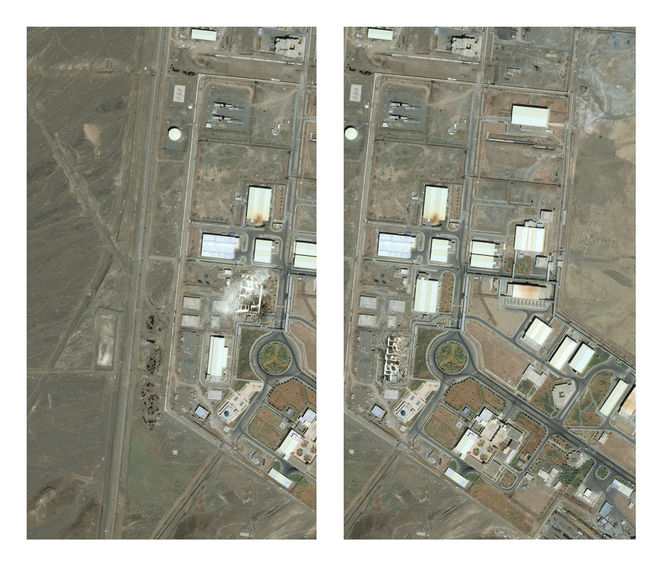 It is not just reportage that utilises our belief in a single ‘truth’, but even personal images. When we share images of ourselves, an act of such common occurrence it hardly even registers as an event, we participate in the generation of an illusionary ideal of who we are for others’ consumption. What we choose to photograph and redistribute from our lives centres around the high points and celebrations, implicitly and often intentionally excluding the low and unflattering moments. These illusionary identities are not just restricted to individuals, however – nations, organisations and corporations also attempt to manicure, manufacture and manipulate their image. These illusionary identities are known as simulacra, idealised caricatures of the truth they represent, and photography is one of the most powerful weapons in our arsenal of representation. 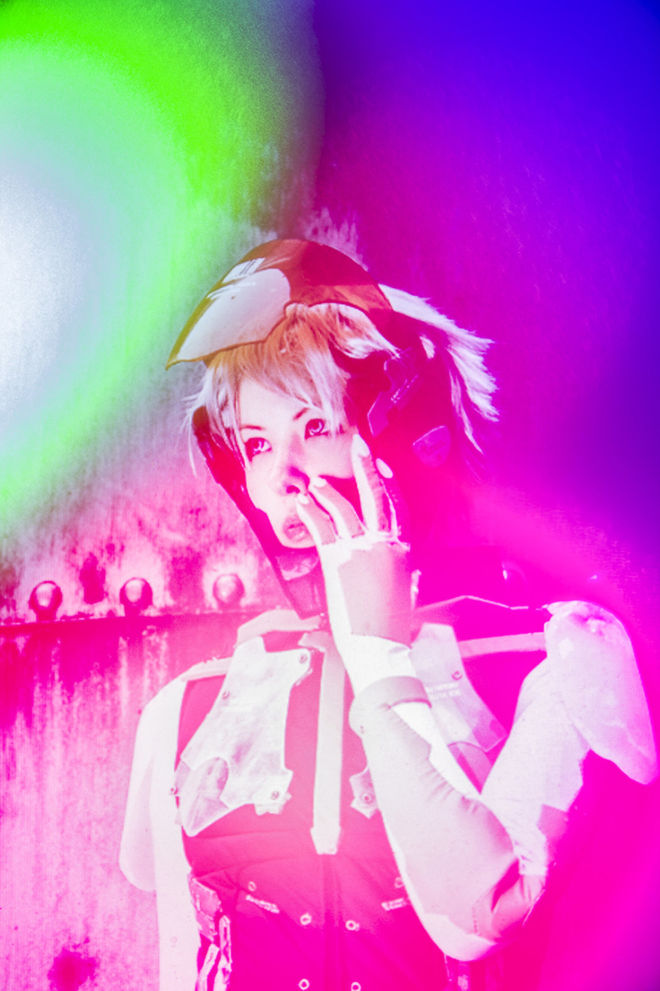 In Debashish Chakrabarty’s series Exabytes, we see the meeting point of photography’s ability to idealise reality with another manifestation of simulacra: virtual reality. Chakrabarty focuses on gamers who re-write their “real world” identities with the virtual identities that they’ve constructed from game characters. These computer avatars are idealised characterisations; they are stronger, braver, and more beautiful than the players who control them. The gamers bring these virtual virtues into the real world by integrating their avatar’s characters into their own lives. Their simulated world has lost its boundaries and leaked into their daily lives. They become poorer imitations of the original characters. When Chakrabarty photographs the gamers as their alternate selves, the meta-dynamic takes effect, re-digitalising these people for distribution across the web as simulations of themselves.

As we view these images, however, we have to remind ourselves of this critical fact: a photograph is in itself not reality, nor even a window onto it. They are collections of light, or even in physical form, they are simply sheets of paper covered in chemicals. They do however provide a simulation of a (possible) past replayed and frozen into static image. The simulation is not present on the page or screen but is instead constructed in the mind of the viewer. The generation of a narrative, the imposition of a purpose or the perception of perspective, is dependant on the viewer of the image.

French philosopher Jean Baudrillard wrote in 1980 about simulation and simulacra, using the example of mapmaking to argue against civilisation’s progression towards simulations. All maps are imperfect reproductions of the reality they represent, he explains. They suggest the shape of an island or a continent but do not reproduce every rock’s or stone’s location. Yet to correctly simulate the world, the map would have to be perfect, with every detail and nuance documented onto a map the same size and shape as the world it represented. Solidifying the real into a document could only be a true simulation if reality never changed.

Yet, even the dynamic nature of reality can be simulated and toyed with. In the video art of Theo Tagholm, we see how a simulated photographic reality can be mixed with movement to confuse our perceptions of the real. These dizzying videos overlay still photos taken from other sections of the video onto the landscapes, a map of a future moment. As the camera traverses the scene, these photographic moments fit into the map of the world perfectly for the briefest of moments, but then the camera moves quickly on, and the sense of reality fitting is suddenly lost again. Throughout this process of transitory moments and movements, the viewer is left in a state of uncertainty, waiting and watching for the flicker of simulated reality to actually simulate reality. 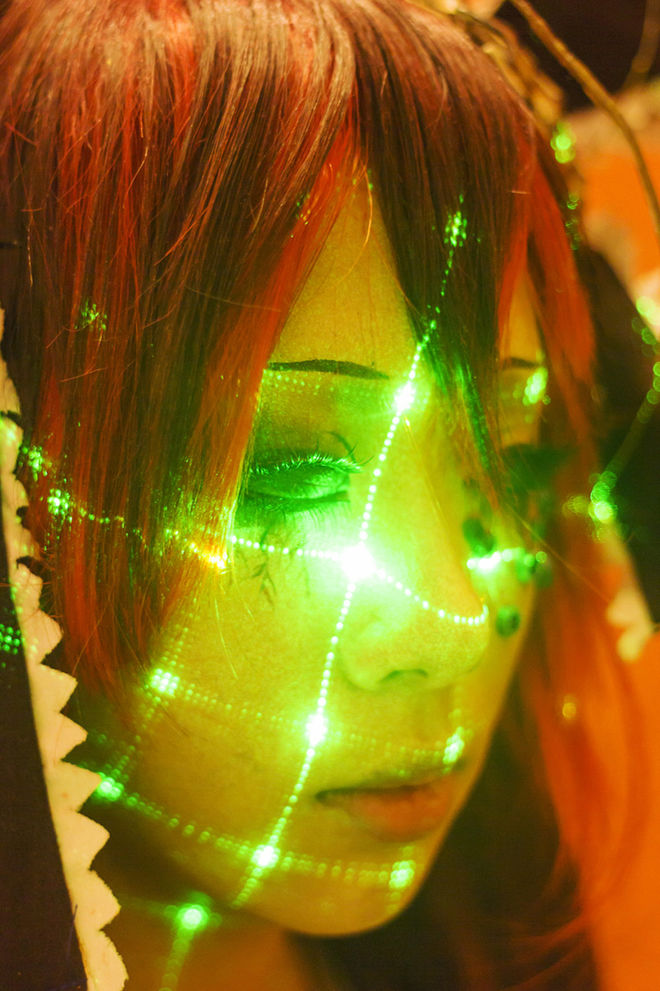 This simulation of life, reality and memories – the very essence of photography – is what Plato would have hated about the medium. The strength of the simulation can even reach the point where it replaces the original essence, with or without our acquiescence to it. This leaves our reality open to exploitation, influence and, most importantly, alteration. But, perhaps this is not quite the tremendous evil that Plato thought. Simulation allowed Chakrabarty’s Chinese gamers to escape their own lives and become those brave beautiful heroes that reality denied them the chance to be. It allowed Kolbusz to generate a morality tale about our perceptions of the past and Tagholm to create something beautiful and more dizzyingly complex than the reality of the original source material.

I suppose the biggest hypocrisy of Plato attacking artistic simulation was that it was done within The Republic, where he simulated his idea of a perfect state. He created his own illusionary reality divorced from the real, and severed from the truth he so desperately desired. He betrayed his own cause to discover perfect society with his preoccupation with a truth that does not and cannot exist. It doesn't matter that photography is not reality, since even the act of talking about reality requires that we create a simulation in order to wrap our minds around it. What matters instead is the way we use these tools of simulation to better understand something so ungraspable as reality. Serving as a tool, photography can offer reality to us, if only for a moment.