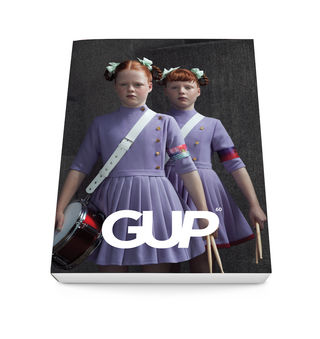 Photojournalist and Magnum member Alex Majoli (b. 1971, Italy) has always been aware of the curious dynamics between the photographer and his subjects. He compares the performance of photographing to the theatre: preparing a shot by setting up his camera and lights gives it the staged nature of a play or a film. Those in front of the camera become very aware of themselves and start acting in a way they believe is necessary or desired.

Majoli has been documenting conflicts since the 1990s, and everywhere he shoots he looks for that thin line between reality and theatre, between honest behaviour and acting. In his new book Scene, he exaggerates this performative aspect by the use of flash, highlighting only the protagonists. As if on an illuminated stage, the subjects move in front of a flat black surface. When we see only them, without context, what remains is enhanced drama.