American photographer W. Eugene Smith (1918-1978), an icon of twentieth-century photography, created a conceptual book of his images at the beginning of the 1960s, intended to serve as retrospective sum of his work as wellas a reflection of his life philosophies. And though you’ve likely seen much of Smith’s work before, you couldn’t have seen his photo book manifesto before… because it was never published.

Smith was renowned specifically for his photographic essays, but the book he began working on – known as The Big Book – took a different approach entirely. Over three years, he arranged his images out of context and out of chronological order, forming two handmade maquettes to pitch the idea to publishers. It was a far too risky proposition at the time, however, explains the University of Texas Press: “With 380 pages and 450 images, The Big Book was universally rejected as unviable and non-commercial.” Five decades later, a facsimile reproduction of the original version of this ambitious tome has been published by the UT Press together with the Center for Creative Photography (CCP), which holds the Smith Archive. 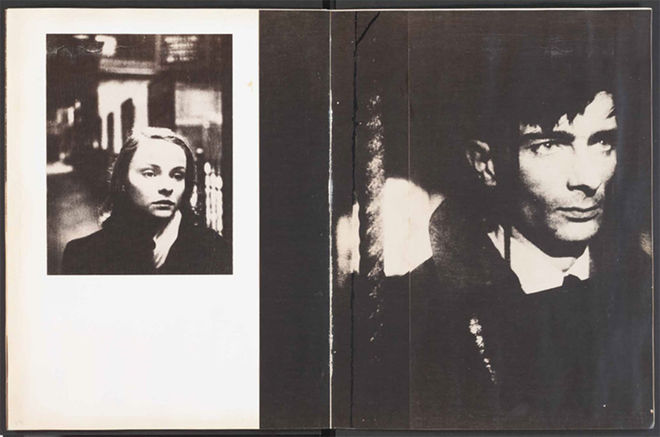 The Big Book is at once magical and frustrating. By printing Smith’s book as he wished for his images and himself to be seen, the Archive allows us unfettered access to a precious document in the history of photography. The result however, a replica of the faded images on yellowing pages, can be incredibly challenging to read, like trying to recognise an old schoolmate from the back of his head. Yet this is, without a doubt, an excellent technical reproduction: the cover of each of the two volumes bears a print of the stained and yellowed original cover, complete with creases, tears, and handwritten lettering. Similarly, the book’s interiors reveal aged but well maintained pages and faint pencilled-in page numbers can be read in the corners, with each spread reproduced in its entirety, set on a black background. 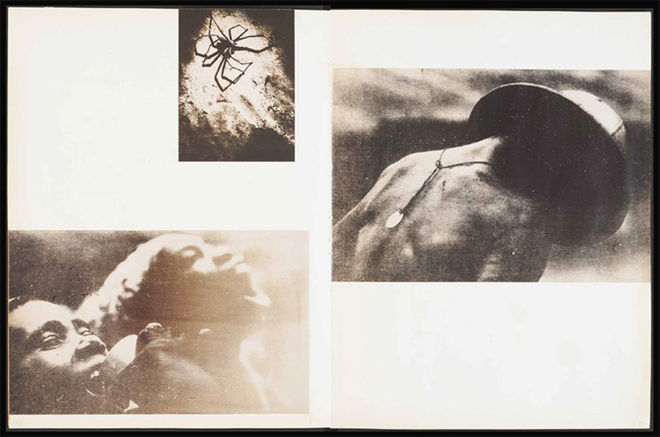 Though readers can find some of the classic Smith photos, for example images from his Country Doctor series and World War II combat photos, they are shown without any descriptors or indicators of date. The book’s introduction explains that Smith intended to write some texts, but this remained incomplete at his death in 1978, so the result instead is an almost exclusively visual journey. With photographs of children, war, city streets, landscapes, workers, entertainers, religion, doubt, mysterious scenes of beauty and threats of death, The Big Book appears to accomplish Smith’s goals, and embody a perspective of that strange and infinite thing called ‘the human condition’.

The atypical layout and the images’ poor readability compounds the effect, leading to something of an emotional whirlwind. It’s vertiginous.

The book requires an active participation from the viewer: you must interpret, draw connections and be emotionally open. For a man who was so adept at communicating specifics through his descriptive images, and narratives through his humanist series, Smith chose strangely for his opus to take the form of a Molotov cocktail, impassioned and chaotic, as angry as it is bewitched by love, as confused as it is understanding. However unexpectedly, he hits the mark true.

The Big Book is available for sale from the University of Texas Press. 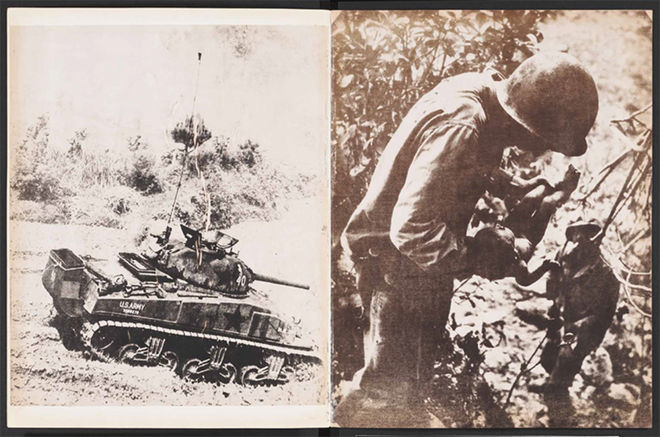 Excerpt from The Big Book by W. Eugene Smith (Copyright © The Arizona Board of Regents, University of Arizona, Center for Creative Photography; photographs ©2013 The Heirs of W. Eugene Smith) used by permission of the University of Texas Press. For more information visit www.utexaspress.com.